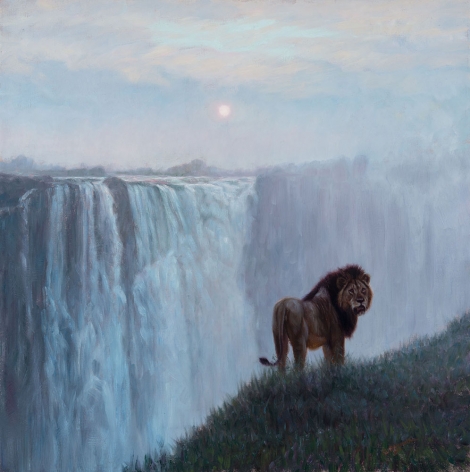 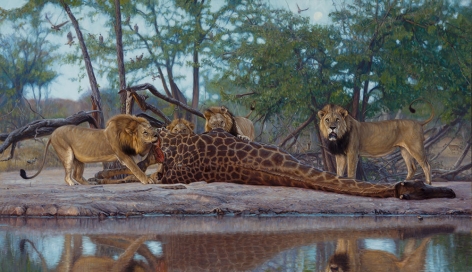 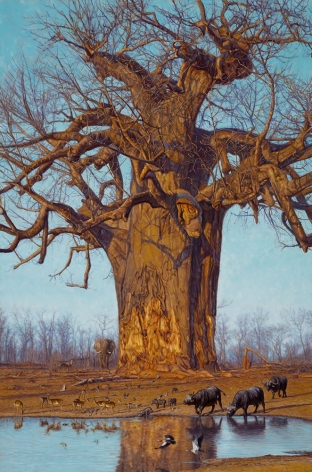 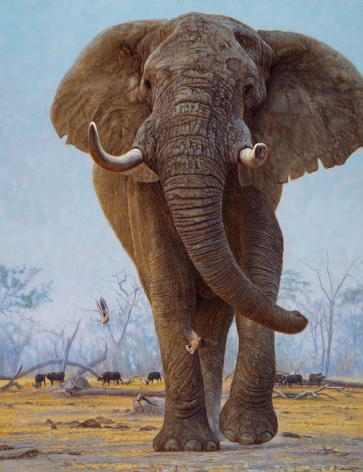 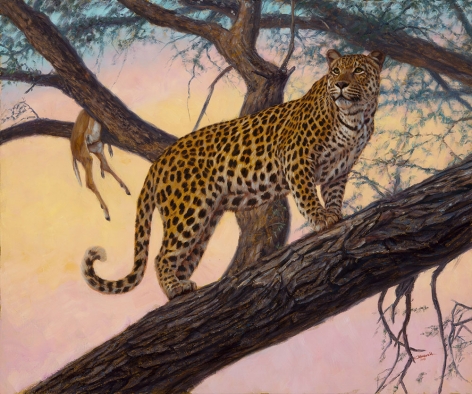 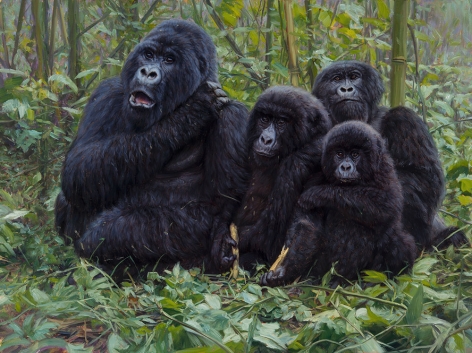 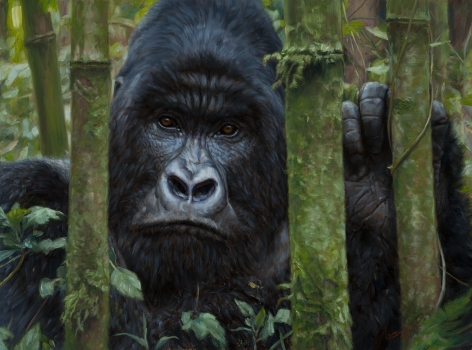 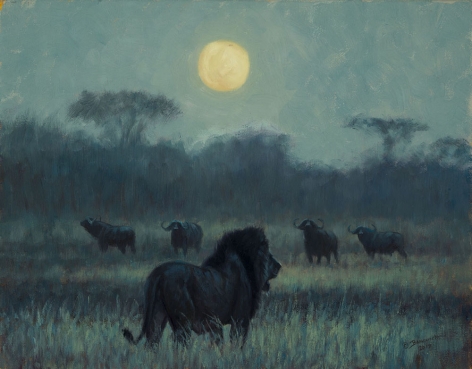 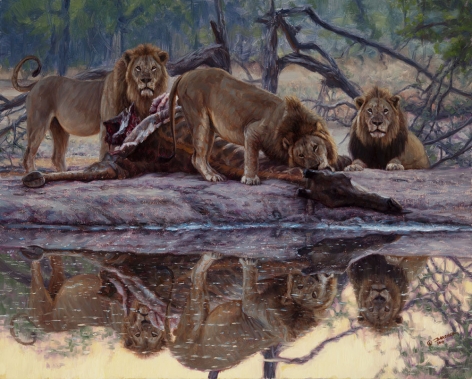 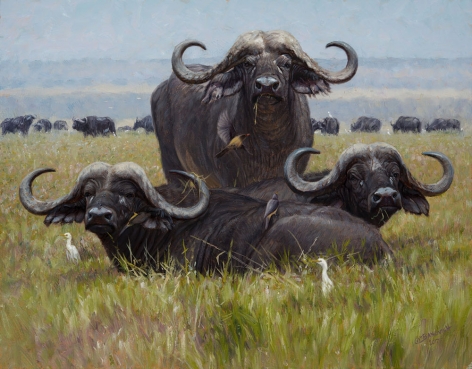 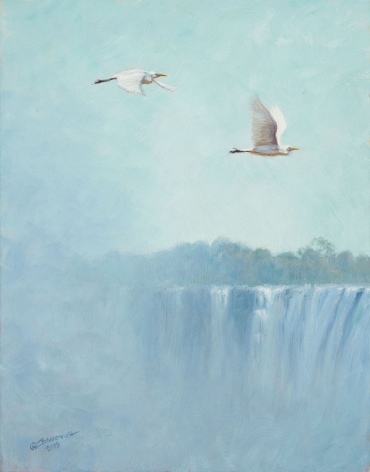 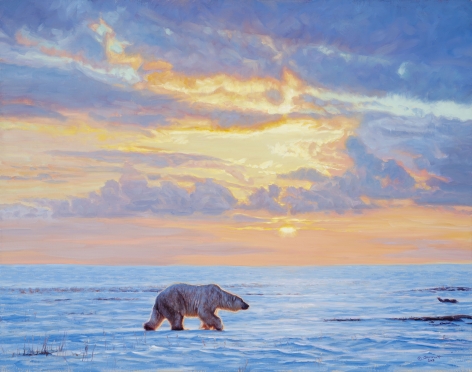 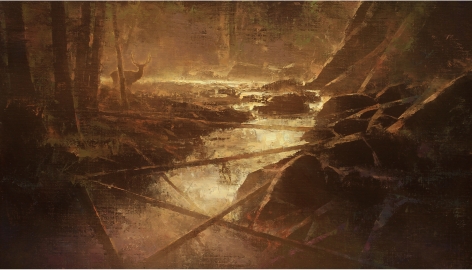 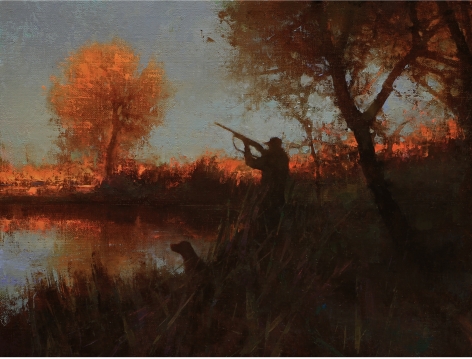 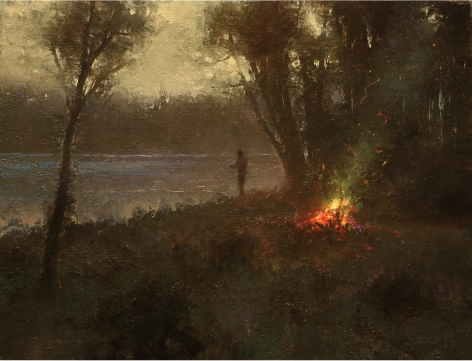 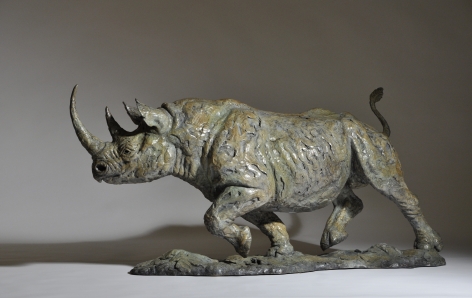 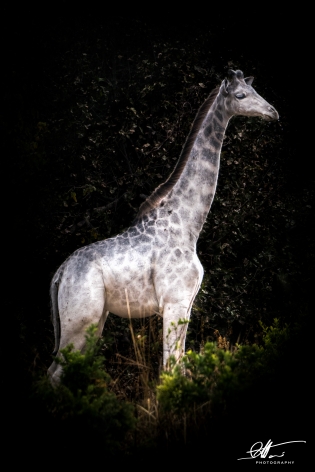 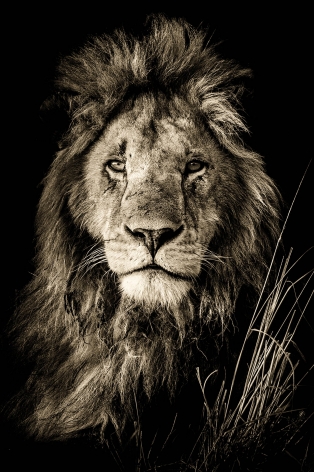 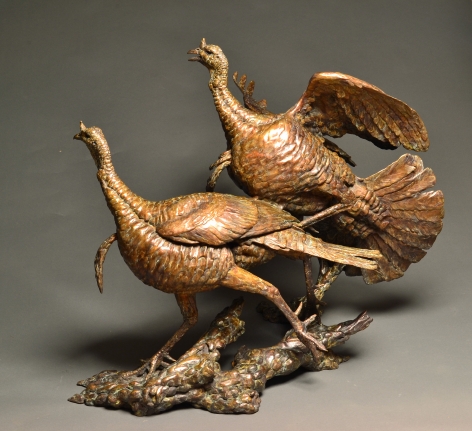 John Banovich is a long time donor and supporter of Safari Club International and the Safari Club International Foundation as well as a past recipient of the CJ McElroy Award. He is a board member of the Craighead Institute and an advisory board member to the Safari Club International Foundation. Banovich is best known for painting bold and dramatic scenes of iconic wildlife and nature in its most essential form, and has achieved extraordinary popularity among art collectors and sportsmen across the globe. Through his own conservation work with the Banovich Wildscapes Foundation, and through his visual narratives, the artist has brought the plight of wildlife and wild places to the attention of an international audience.  The Banovich exhibition will showcase a new collection of John Banovich originals and newly released limited edition giclee canvases as well as original works by guest artists Brent Cotton, Mick Doellinger, Riccardo Tosi and Stefan Savides, furniture artisan Andy Sanchez and luxury lifestyle decor with a social purpose,  Ankole Designs.

John Banovich will present his new 2018 Original Paintings Collection.   The new original oil painting "Lion at the Falls", oil on belgian linen, 24 x 24 in, $30,000 is available for sale during the Safari Club International Donation live auction event on February 3, 2018.

“Through my art, I hope to inspire people to seek a deeper understanding of the world around us and bring together groups of individuals to unite on common ground. Now more than ever our natural world is severely threatened and, with this increased pressure, a new paradigm must emerge. Conservationists, sportsmen and environmentalists must join forces in areas of overlapping interests and consider bridges to overcome these important issues.” John Banovich.

About John Banovich
John Banovich emerged as a talent to watch over two decades ago and today is known internationally for his large, dramatic portrayals of iconic wildlife.  His unprecedented life-sized elephant painting, “Once Upon A Time” drew global attention to ivory poaching and his deep passion, knowledge of wildlife and unwavering commitment to conservation continues to raise awareness about imperiled species.  Under the umbrella of his Banovich Wildscapes Foundation, money generated through artwork sales has been channeled back into support efforts that promote habitat protection, science-based wildlife management and sustainable tourism.

In the press, Banovich’s work has been showcased on ABC’s Entertainment Tonight, The Outdoor Channel, The Great American Country Channel, Orion Entertainment, Versus, PBS and NBC has written about his dedication to his conservation work and named him an NBC Cause Celebrity.

About Safari Club International Convention Since 2000, the SCI Foundation has provided $60 million to promote science-based conservation through wildlife research, capacity building in governments, youth and teacher education, and humanitarian programs that show the importance of the hunting community in society around the world. A portion of the funds raised, during the annual SCI Convention help support the SCI Foundation